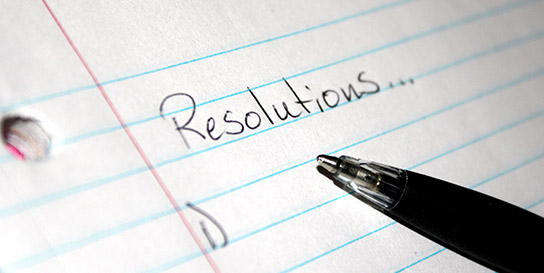 The new year is upon us (contrary to Mayan belief), and to go along with it, a multitude of New Years Resolutions.

The self-helpers are grinning all the way to the bank whilst our gyms and health clubs are bulging at the sheer weight of shiny, new sign-ups (as well as pork and pudding aficionados).

The average gym-goer knows all too well that come January 1st, their ‘frequently visited’ iron-pumping facility will be suddenly brimming with gym ‘newbies’ and so-called ‘resolutioners’. Annoying as all hell right?

Sure it may bug the hell out of the regulars — what, with already decent bench press numbers and visible abdominals.

Some people just need to get the f*ck out da way and come back in winter when it’s quiet.

After all, what right do they have?

Us regulars have been training for years. We don’t need a ‘new year’ to dictate how we treat our bodies, so why the hell do these flash-in-the-pan wannabes need to be clogging up the gym when they’ll be quitting and returning to ‘cheese cake and marathon couch sitting’ come February 1st.

Surely, we should all be happy that a new found desire to decrease the obesity epidemic in western society has trickled through to a few ‘recent acquisitions’  (albeit as soon as the clock struck 12:01 on New Year’s Day).

After all, it’ll reduce our health insurance premiums won’t it? The line at Krispy Kreme donuts will also move a LOT quicker.

Unfortunately, most of us can see straight through this ‘short-sighted’ attempt to better one’s self. How many folks actually go through with their ‘resolutions’ and how many turn out to be big fat liars? More than I’d thought actually (more on that  in a moment).

A couple of years back, I wrote an attempted ‘humorous’ post on the very idea of New Years Resolutions. This year however, I’m slightly less cynical and a lot more optimistic (with a heck of a lot less hair).

Interestingly from The Top 10 New Years resolutions for 2012…

Now, this is where my cynicism for New Years Resolutions ends and my enthusiasm for ‘goal-setting’ begins

That my friends, is reason enough for ANYONE to be at least setting some kind of goal for 2013. Naturally those goals need to be realistic and mildy achievable.

You can’t go around aspiring to be Batman on New Years Day. That sh*t will leave you slightly disappointed especially once coupled with an expensive costume hire bill. 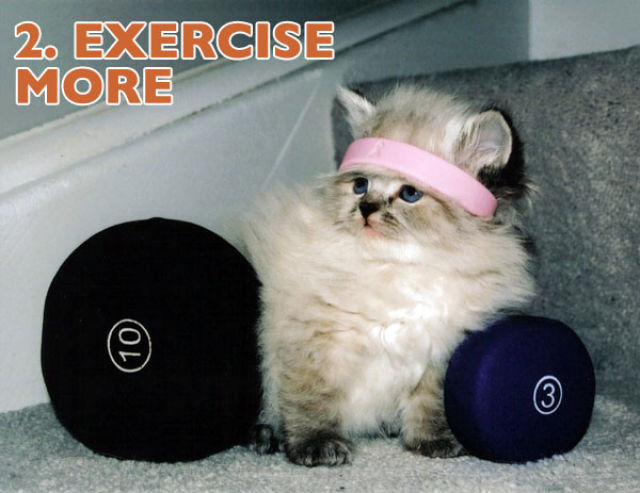 To give you an idea of where I’m coming from

Much in the same way I find forced-romance on Valentines Day a little contrived, it doesn’t necessarily make it a bad idea. Injecting love into the world around us, getting closer to the one you love and showing them how much you care blah blah blah are all good things no matter that it was someone else’s idea to make money from it via the sale of flowers, chocolates and gift cards (dang I wish I’d thought of it).

Just because you’re being somewhat ‘forced’ to make a life-change on January 1st to lose weight and/or improve your physique, that’s not a bad thing either.

We perhaps all need a bit of a ‘push-and-shove’ in the right direction for at least some of the time. The reason being…

I think the next idea on any aspiring political leader’s agenda should be to introduce ‘National put down the fork and go for a walk day’ – a day where the entire nation ‘fasts for 24 hours’ and does at least 1 hour of exercise.

Broad strokes for sure, but this is just an example idea. The uptake I believe would be massive — being told to do something, WHEN to do it (especially with a large percentage of the population involved), would motivate even the most stubborn detractor.

Ever notice how important it is to be ‘seen’ to be doing something exciting for New Years Eve?

Even the most jaded and cynical person likes to have an interesting story to tell when asked the same question every single year: “What did you do for New Years Eve?”.

If a friend is doing something interesting or exciting, we feel the NEED to be doing something equally as exciting, or perhaps even ‘trump’ it with something slightly better. (It’s this kind of mentality that makes me believe a kind of ‘forced’ health and exercise day might actually work).

A desire to set a goal needn’t be shunned. It should be rewarded (no matter what the pretence)

Resolutions create conversation and become a starting point for a healthier, longer life. Goal setting needn’t coincide with January 1st, but why in the hell not?

If it gets you started, I see no problem in falling victim to it’s curse (but at the same time being 10 times more likely to succeed than someone with zero goals and desires for self improvement at all).

So off you go — if you’re fresh to training and bettering your life and it’s all due to a ‘resolution’, then power to you. Set those goals and try to stick with them for the long-haul (the tricky part).

To those that are doing what they’ve always done (train, and maintained good health year round) try not look down your nose too much at those that are at least ‘giving it a go’ for the very first time. Sure they may fail, but they are considerably more likely to succeed with your support.

Happy New Year  everyone and welcome to Twenty Thirteen :)

What are your goals for the New Year?
Made any resolutions that you think you’ll keep? What are they? Drop your comment bombs below.