Why You Bruise So Easily

By Clint NielsenOctober 20, 2015No Comments

Sure, we all get occasional bumps and bruises, but some people seem to bruise like a peach at the smallest poke. Is excessive bruising just a reminder that you're a klutz, or could it signal a more serious health concern?

An unsightly bruise can pop up whenever and wherever capillaries (tiny blood vessels) under the skin are broken or ruptured due to a trauma—like running into the coffee table (yet again). While most bruises tend to disappear within one to four weeks, they can go through a rainbow of stages after the signature black and blue look.1 Immune cells called macrophages are digesting the red blood cells that have leaked into the tissue, says J. Scott Kasteler, M.D., a Louisville-based dermatologist. As they're broken down, the byproducts cause your bruise to change color, from black and blue, to green, to yellow, to brown. But why are some people more prone to welts than others? 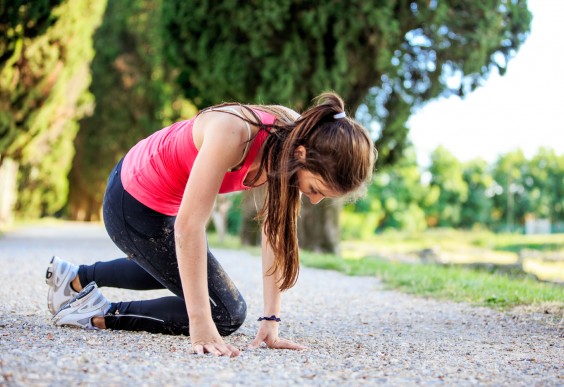 The most common reasons for easy bruising aren’t a major cause for alarm. Bruising easily is pretty common among older adults due to aging capillaries, thinner skin, and sun damage, says Kasteler.

Speaking of which, people with chronic sun damage continually bruise their arms, Kasteler says. After a lifetime of exposure, almost every part of your skin is left weakened. In fact, skin is so fragile that even slight bumps cause blood vessels to leak, and the red blood cells don’t have much stopping them from spreading. So you're left with larger bruises that take longer to heal. In other words, slather on that sunscreen.

The higher a person's body fat, the more likely they may be to bruise, which might explain why women are more prone to bruising than men.1

What goes into the body may also cause contusions. Blood-thinning drugs, including aspirin, some dietary supplements (fish oil and ginkgo), or a lack of vitamins B12, C, K, and folic acid could also turn someone into a real bruiser. While Kasteler says they won't cause bruises more often, blood-thinners mean they're usually going to be bigger and badder.

Easy bruising is also common among those who exercise rigorously (we're talking athletes and weight lifters). These visible bruises are tiny tears in the muscle’s blood vessels under the skin due to the strain of the activity itself, not just by bumping into a barbell.

Boozing also plays a role (and not only because stumbling around in a drunken stupor can cause some tumbles). Studies show alcohol can act as a blood-thinner and decrease vitamin C levels, essential to helping the skin and blood vessels withstand impact.1

Don’t Be Trippin’—What You Can Do 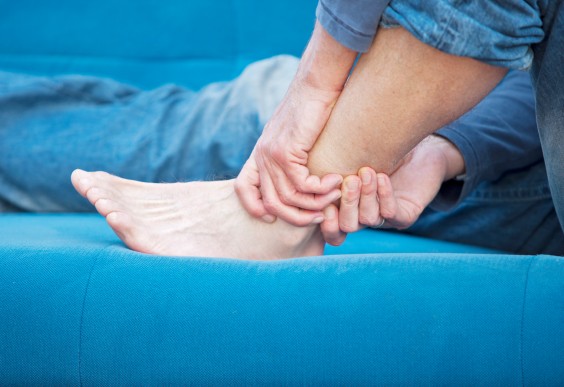 Of course, there's always the possibility the eyesores could more seriously indicate a blood-clotting problem or blood disease, lupus, liver disease, or some types of cancer. If bruises are especially big or painful, last more than four weeks, and are accompanied by abnormal bleeding elsewhere (nose, gums, etc.), it might be a good idea to see a doctor.2 For less serious issues (the more likely scenario), here are a few tips for staying bruise-free.

Cool down, then heat up.

While most bruises go away on their own, some heavy-hitting welts might need some extra TLC. If the bruise happened within the last 24 hours, you still have a shot at containing it: Kasteler advises putting ice on it to slow down the blood flow. Then follow standard protocol and elevate the affected area. When the swelling decreases, apply a warm compress to speed up the healing.

Try acetaminophen (Tylenol) to reduce pain and swelling. Just remember, no aspirin or ibuprofen! They're blood-thinners, the opposite of what you want.

Be sure to get enough vitamin K— the clotting vitamin! Find it in leafy greens and other veggies including broccoli, Brussels sprouts, and cabbage.

There's only been one study on it, but Kasteler says hydrogen peroxide showed promise for bleaching the iron in red blood cells, lightening the appearance of bruises. Further studies are needed, but until then, you could try slapping on some tooth whitener (the study looked at hydrogen peroxide 15% carbamide gel).

Admit it. Maybe the easiest way to stay bruise-free is to finally clean up that mess of a bedroom, move clutter out of walkways, and tuck away stray cords that are just asking for a clumsy bump or two.

Just beware the topical remedies abundant on the Internet, Kasteler says. Almost nothing topical can reach your blood vessels, and even if it could, it’s not going to help carry away the blood any faster—the supposed logic behind folk remedies like vinegar, parsley, and banana peels (our favorite). Your best bet is to ice it early and let your immune system take it from there.