Why are we are all so scared of food? 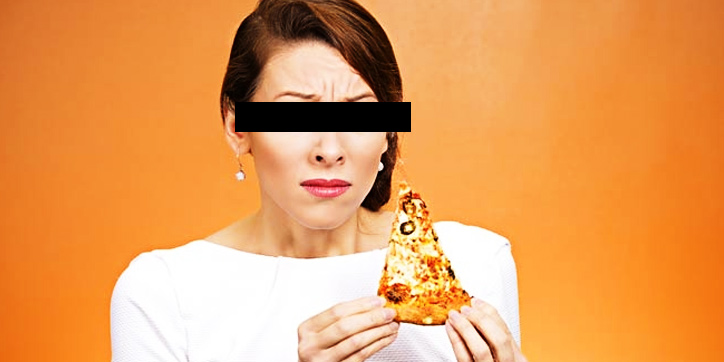 Another day, another post on the internet telling me not to eat something or perhaps eat something instead of this or that. There’s a literal mine-field of epic mind-f*cks that you need to side-step on a daily basis. That leads me to the question…

Why are we are all so scared of food?

#1 We’re scared of food because many of those that are marketing ‘fitness’ decided that they need to appeal to a ‘niche’ in order to sell their books (and milk society of it’s money). You know what I’m talking about—top selling books such as “Kale: The Complete Guide to the World’s Most Powerful Superfood (Superfood Series)”

Layperson translation: So if I just eat a tonne of kale, then surely I can eat whatever else I want and achieve abs of steel. #WIN!

She’s holding a bag of f*cking magical kale in her hands, that MUST be how she got so fit!

Oh, and the equally hilarious – “Lose Weight Without Dieting or Working Out: Discover Secrets to a Slimmer, Sexier, and Healthier You”
Layperson translation: I can sit on the couch and watch The Bachelor without having to eat well at ALL! #Signmeup!

#2 We’re scared of food because every Dr Oz wannabe started promoting a line of ‘life changing’ products which do little more than fatten the said Doctor’s wallet. Obviously, if you’re not eating the ‘Dr Oz recommended products’ then you’re going to die really, really young.

#3 We’re scared of food because Instagram became the home of sneaky product placement — “She’s holding a bag of f*cking magical kale in her hands, that MUST be how she got so fit!”.

#4 We’re scared of food because every jacked dude on the planet got sponsored and started touting just the ONE brand of protein powder, because obviously, it’s the reason they got so big in the first place.

#5 We’re scared of food because ripped abs are difficult to achieve for anyone who doesn’t adhere to the strictest of diets and yet are told that they too can achieve a ripped midsection in just 4 short weeks by following some bullsh*t program. 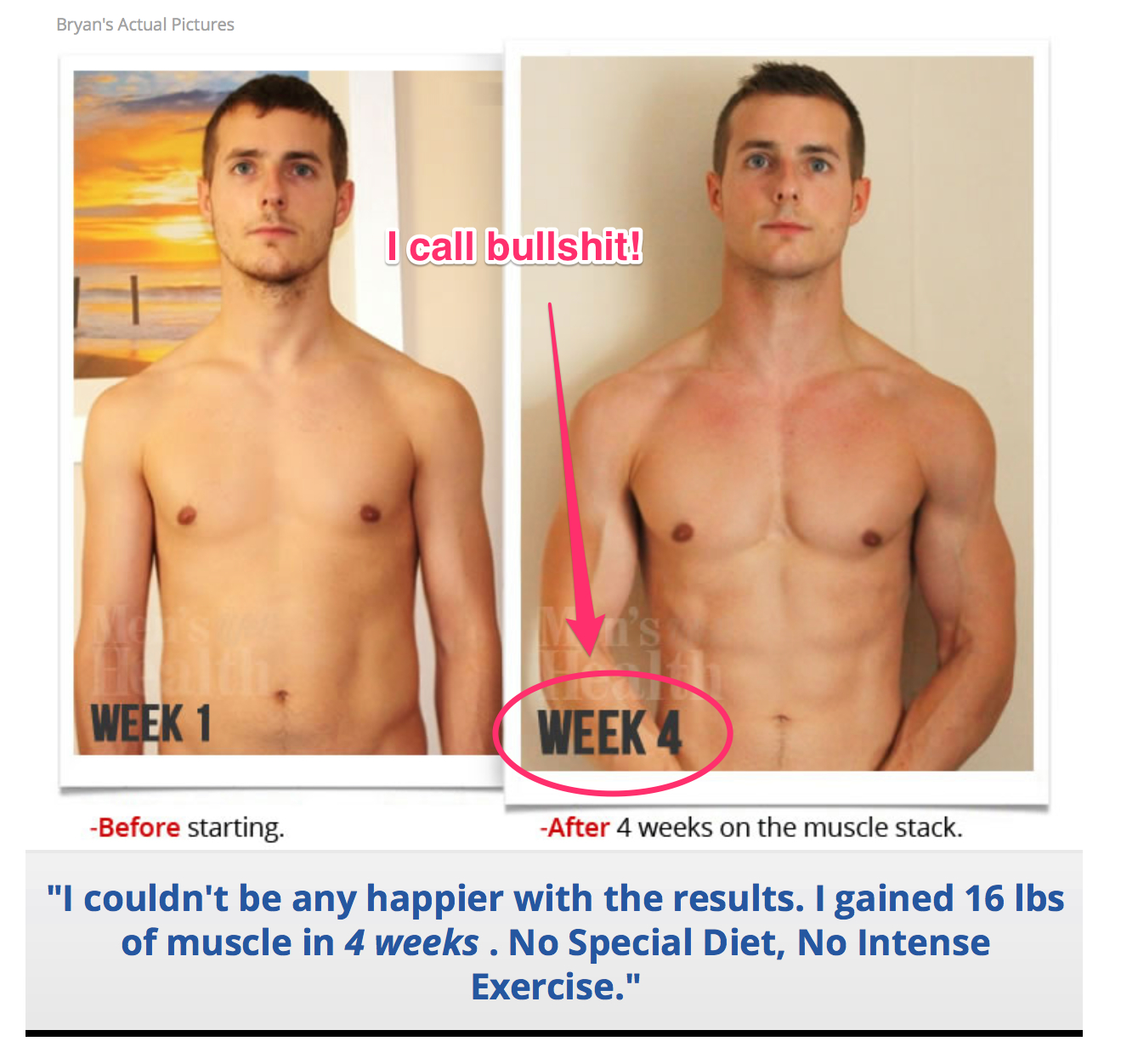 Folks think that by sticking to just one set of rules (no matter how restrictive and impossible to adhere to long-term) they will achieve physical greatness beyond those of the average man or woman.

This is an innate flaw in our biological design; it’s not going to change any time soon. If there’s an easy way to get ripped, thin or grow muscle, the human race is going to do their best to find it and exploit it rather than have to put in long hours of hard work. This is where, unfortunately, diet trends become oh-so appealing.

Yes, being scared of certain foods is what I’d call an eating disorder.

Folks think that by sticking to just one set of rules (no matter how restrictive and impossible to adhere to long-term) that they will achieve physical greatness beyond that of the average man or woman. Perhaps they CAN stick to it—but is it really healthy if you’re bordering on an eating disorder?

Yes, being scared of certain foods is what I’d call an eating disorder.

Take the Paleo diet for example—Just yesterday, I posted about the Pete Evans ‘Paleo Cult’ and how his legion of ‘followers’ hang off his every word no matter how far fetched it all sounds. Paleo this and Paleo that. Suddenly it’s curing cancer and preventing other previously incurable diseases. Correlation doesn’t equal causation of course, but if you have ‘faith’ anything is possible right? 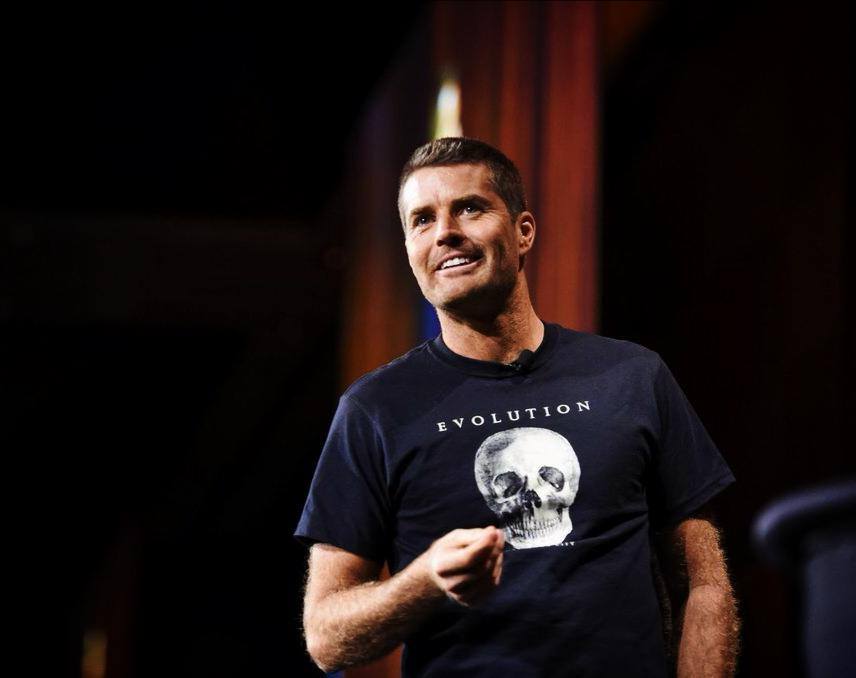 Pete Evans is a powerful figure in the Paleo movement due to his legion of fans and mass-media exposure.

I’ve got nothing against cooking great food and eating healthily most of the time—I just can’t stand the reductionist mindset. Life’s too short to pass up on delicious food. What are you saving yourself for? Life isn’t a dress rehearsal. Live it now, and in the moment. Don’t pig out every day, nor eat yourself into the ground, just be sensible about it and try not to overthink it.

One second you’ll be eating quinoa by the bucketload, and the next you’ll be filling buckets full of quinoa and setting them on fire.

For some reason ‘real food’ is the devil now

Just recently, a friend of mine posted the below image to Facebook about his local gym with the caption: “Take your fatness further at Fitness First today. Free sausage sizzle for all your fatties… Who went to the gym… WTF!?”. 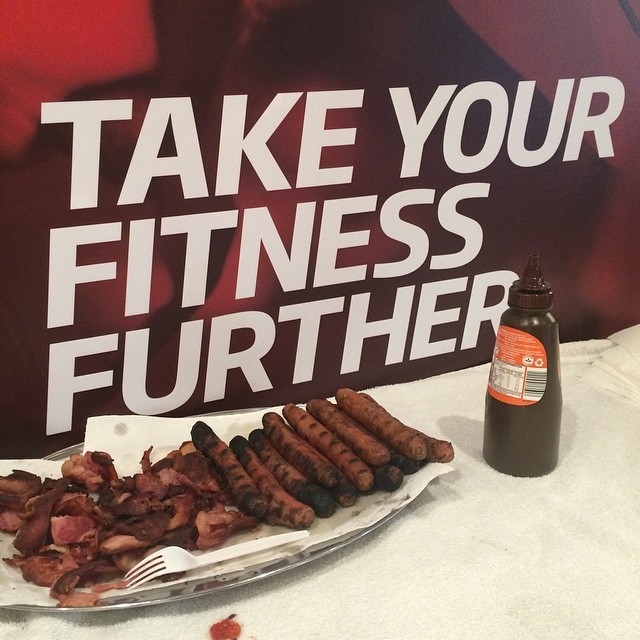 Sure it’s not a bowl of salad out front of this gym – but you don’t make friends or gain new clients with salad.

Is it just me, or if this picture contained a tub of protein powder instead of this stack of bacon and sausages (God forbid), that no one would have batted an eye? The comments associated with the image followed along with a similar theme of distaste at what Fitness First had done with ‘shock horror’ exclamations of “healthy!” and “Omg that’s outrageous!! Yuck“.

Posts like this are scaring people away from food and pushing them into the supplement stores to buy ten pounds of protein thinking it’s the much ‘healthier’ alternative.

Overthinking food intake will be our undoing

You can’t eat this and you can’t eat that if you want BLAH BLAH BLAH. Are you preparing for a physique competition? Are you entering the Olympia? Miss World perhaps? Then the fact that you’ve jut passed up on a Krispy Kreme donut is going to do little more than push you further towards hating yourself the next time you give in to temptation.

Don’t be scared of food

Educate yourself on it by all means, but the more you surf the web and delve into nutrition and what to eat and what not to, the more confused you’ll become. One second you’ll be eating quinoa by the bucketload, and the next you’ll be filling buckets full of quinoa and setting them on fire.

Are you scared of certain foods? What’s your take on the food-obsessed society we’ve become? Comment below.