“Don’t eat too much at night because they will be converted to fat” – They tell you.

Who are “they?” Well, basically every single person out there who’s just repeating what they heard someone say somewhere ‘that one time’ (this goes for fitness and health magazines as well).

If eating big meals in the morning and smaller ones at night is supposed to make it easier for you to lose weight, then why are swarms of professional athletes and bodybuilders converting to an intermittent fasting regimen or similar? (more on this later).

Why have I managed to lose 60 pounds in 7 months while eating almost exclusively at night and skipping breakfast?

But, most of all, why are there no clinical trials that confirm that regularly eating a solid breakfast while reducing late-night calorie intake helps you lose weight quicker and healthier? In fact, the only research that exists in this area seems to prove the exact opposite.

Let’s go into a bit more detail on all of this, but first – a little background as to where I believe this myth originated from.

Where the issue originated

There are quite a few clinical trials out there which seem to conclude that people who regularly eat large breakfasts while only consuming small meals at night tend to be, on average, leaner than those who do the opposite.

The main problem with all of this though is that, after reviewing other research in the field (examples in a moment), it becomes apparent that the conclusions described above are simply a case of confusing correlation with causation. Simply because two things are connected to each other does not mean that one of them is the result of the other. Here’s an absurd example, just to illustrate my point:

A group of anxious researchers sets out to determine why it is that people living in rural areas seem to have more dental problems than urban dwellers. To do that, they decided to monitor the daily habits of people working as farmers for a living. After careful examination, they noticed one thing they’ve all got in common: they all work 15 hours a day! On the other hand, people living in larger cities work only 7-8 hours a day.

The next day we see the same headline in all major newspapers:

Obviously, this would have been a bunch of baloney. The real reason why those people had serious dental issues has nothing to do with how much they work, and everything to do with the availability of dental care to people living in rural areas.

This is a perfect example of what I believe happened when it comes to assuming that habitual breakfast eaters / late-night-eating skippers are leaner than those who do the opposite.

My guess is that the people who eat a lot in the morning and less at night simply have a better-organized daily schedule, pay more attention to how they feel and to their own health, and that is why they are leaner. Again – correlation does not imply causality.

Mark, you talk the talk, but can you walk the walk?

Let’s begin with this: Weight loss is greater with consumption of large morning meals and fat-free mass is preserved with large evening meals in women on a controlled weight reduction regimen.

The conclusion: Women who ate larger morning meals lost slightly more weight, however the ones who ate bigger late-afternoon meals preserved more muscle mass. Put another way – and this is also stated in the abstract – those who ate more calories later in the day lost more pure fat and less lean muscle mass.

Here’s another one: Greater weight loss and hormonal changes after 6 months diet with carbohydrates eaten mostly at dinner.

The conclusion: Obese people who ate the majority of their carbohydrates in the evening saw greater weight, waist circumference, and total body fat reduction. This probably has to do with increased leptin levels in the body, which obviously helps regulate hunger and makes it more likely that one will stick to a calorie deficit diet.

The conclusion: Ramadan fasting was associated with a reduction of body mass and body fat (R2 vs. C, p < .01) without significant change in leptin or adiponectin levels

Let’s go a little crazy and see what the research has to say about people who employ alternate day fasting, meaning they binge on one day, and eat nothing the next day, while of course making sure that their weekly calorie intake is still below their total energy expenditure:

The result? Alternate-day fasting increased fat oxidation in non-obese subjects. Obviously this kind of approach is not for everyone as fasting for an entire day can be very difficult from a hunger-control point of view, however the main point still stands – it is very much possible to lose fat while employing a very controversial meal frequency setup.

Yes, that’s a lot of trials to take a look at, but… here’s another one!

Again, obese subjects who consumed most of their calories during early-evening hours demonstrated increased fat oxidation.

I really could go on like that all day, but I’ll stop here.

Do you see a pattern here? If any is to be found, it is that meal timing has virtually no impact on weight loss, and if any impact exists – it seems to be in favor of those who consume the majority of their calories later in the day. 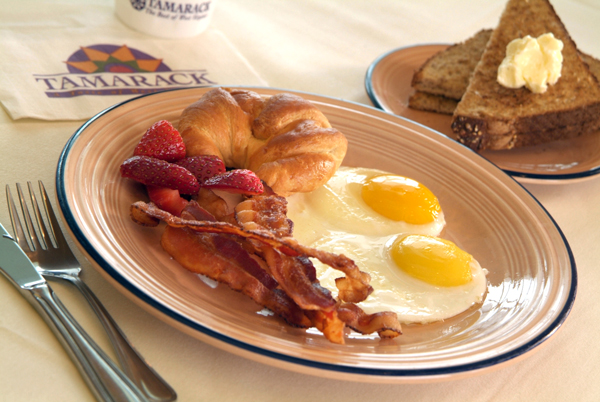 Maybe save this meal for your lunch instead :)

Back in the days when I was struggling with how to lose weight, I came across intermittent fasting. It appeared that this approach was being used to great success by many seasoned bodybuilders and athletes.

The idea was simple: fast for 16-20 hours, then consume all of your calories for the day within a 4-8 hour window.

After 7 months of following this approach, I was able to shed 60 pounds of almost pure fat. My lean body mass virtually didn’t change, meaning that I had not lost almost a single pound of muscle mass in the process. After the cut most people were asking me what on earth was it that I did to get that much muscle, but the fact is I didn’t gain any at all – I simply managed to keep all of it during my weight loss journey.

Would I have been able to do that if I was eating a regular king-sized breakfast and queen-sized lunch?

To be honest I don’t believe it would have made an ounce of a difference, as long as I made sure to consume the proper amount of calories per week.

In the end, only one thing will matter: are you eating less calories per week than what your body is burning?

If you are, you will lose the weight.

If you aren’t, you won’t lose weight.

And no amount of meal-time planning or clever food selections will change that.

Mark Nazzal is an online 1 on 1 weight loss and fitness coach who will make sure the job gets done, and done right.