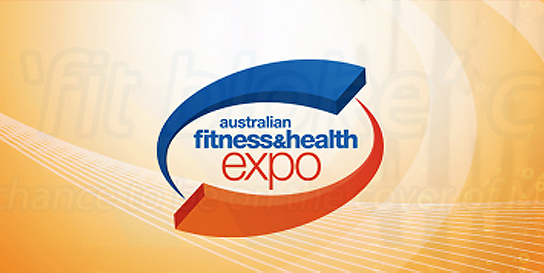 The Australian Fitness and Health Expo – a ‘crude’ review

The following is a snap-shot of The Australian Fitness and Health Expo in Sydney, Australia from the 15th-17th April.

Some of the highlights…

With 2 tickets in my hand (thanks to Raymond for sending them all the way from QLD), my fiancee and I arrived not long after midday.

We thankfully didn’t have to queue in a line that resembled the auditions for Australia’s Next Top Inflatable Pectorals. From bleach-blonde Guido’s sporting singlets, vests and muscle tees (in cold and wet 15 degree temperatures), to barbie dolls with fake breasts as far as the eye could see — there was a douche-bag for everyone.

From snake-oil peddlers flogging the latest in fitness scams to bum-bag toting steroid freaks with lats so excessive, that half of them were lucky to fit through the entrance with their egos in tact — people watching at it’s finest.

The Australian Health & Fitness Expo had it all

Of course it wasn’t all comedy gold — there were plenty of great supplement and sporting equipment companies flogging their piece of the industry. Some didn’t have product to sell off the floor (disappointing), but that was largely due to the fact that several are franchised businesses.

There were also amazingly fit models, pole dancers and body builders signing autographs and flogging their sponsorships. They ultimately made me feel small, and my fiancee feel fat.

It was all good though — the constant hilarity that seemed to follow us around the exhibition center helped deflect our own self-doubt.

One such example was a ‘festively plump’ young lady we spotted wearing a slogan tee which stated:

If only she could see the magical irony.

Pilates and cardio combined into one fat-burning mega, awesome, happy fun time = Cardiolates. This was being performed on stage and looks like a great new way to burn a calorie or two (once you stop laughing).

I’m sure those whom have a penchant for ‘the latest craze’ will be all over it like a fat kid on a cupcake.

This is something I haven’t seen in previous years — strength, endurance and ‘showing-off’ comps. How many shoulder presses can you do in 30 seconds? Test your might and win prizes, the admiration of hundreds of douche-bags and the chance to appear on this blog. WINNING!

There were a heap of these kinds of things going on including pushups for ‘free protein shakers’ and other ways to pick up hot-chicks. It’s all in the name of fitness and fun though right?

Or in the name of ego. You be the judge.

Of course, no fitness expo would be complete without it’s fair share of bull-sh*t peddling. Power Balance was there for some reason (I was sure they were being sued by the ACCC), and there was another company selling a product called Bionic Balance. Apparently it’s ‘nothing like Power Balance’ as it’s made from Japanese materials blah, blah, blah.

How cute — of course, bullsh*t smells like bullsh*t no matter what country it’s from.

THE most fantastic piece of time-wasting, snake-oil coming to an infomercial some time soon, was Slendertone.

A ‘vibrating’ device which you strapped to your abdominals via a belt (see video below). There’s a men’s version as well as a women’s one. They offer the same zero results but HAVE been found to reduce your bank account by the handsomely sum of $190AU. I laughed in the face of these guys more than once. After which I was swiftly told ‘I have numerous studies to back it up’.

Sure you do mate— and my name’s Willy Wonka—can I interest you in an everlasting gob-stopper?

It was great to see what new products are hitting the market, but most of it was ‘been-there-done-that’ kind of material. Granted we only hung around for a couple of hours — but there’s only so many plastic people and bullsh*t artists that you can handle on a Saturday.

Clint’s Note: Anyone make it to the Australian Fitness & Health Expo on the weekend? Comment below.