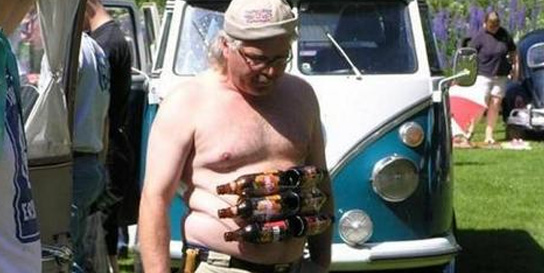 Six-pack abs can go and get fudged

If I see another article talking about six-pack abs and how to achieve them (not including this one), I think I’m going to puke.

It’d be great if Google recognised such search terms and displayed a screen to the user saying:
“You look like you’re delusional and looking for a quick fix, how bout these three magic beans instead?”

Look, there’s no magical pill, technique, diet plan or exercise this side of liposuction that’s going to give you a washboard stomach in the near future.
As I’ve mentioned before, it’s a culmination of factors that leads to abdominal glory.


Crunches won’t get you six-pack abs

Stop doing them right now. I know you’re doing 1000 crunches a day in a vain attempt to reveal a 2-pack, 3-pack or even 5-pack — but your efforts are being wasted.
The fact of the matter is, not only do basic crunches do nothing more than cause possible injury, but most of us work our abdominals and core by using the 3 big lifts anyway.

Bench press, dead lifts and squats.
This is ALL the stimulus your abdominal section needs to gain the size and conditioning for washboard abs, but if you want to actually see them, the rest is diet, dedication and giving up the things in life that you enjoy the most <sniff>. 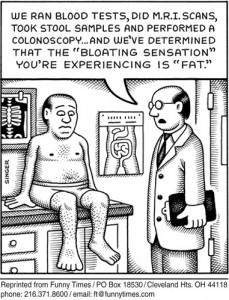 Why can’t I see my six-pack?

Have you not been listening?
Your abdominals are more than likely covered with layers and layers of adipose tissue which has been culminating over your waistline since you inhaled your very first Big Mac.
You know, back when they were a decent size, and loaded with cheese and tasty, tasty mayo, and the sesame seeds were just right, and the bun soft and…

If you aren’t willing to give up alcohol, delicious foods and dedicate your training to fat-loss for a decent stretch of time (read—months), you’ll probably never achieve six-pack fecking abs.

Sex plays a factor too you know

Not the physical act. I’m talking bout ‘gender’.
If you’re a gal, you’re going to have more trouble than most guys will due to having a genetically higher body fat level (sorry ladies, but it’s true).
If you’re a guy, and you like a beer or ten, you’ll struggle shifting that belly fat more than MaCaulay Culkin struggles to find paying jobs.

Did I forget to mention age?
The older we get the more our testosterone and metabolism declines into nothingness.
In a nut-shell, this means that fat-loss (especially around the mid-section) becomes exponentially harder to achieve.

Yes I realise Ryan Reynolds has six-pack abs as did Oprah Winfrey before she discovered the mince pie — but I’m surmising you aren’t a celebrity who’s VERY appearance can make or break their career.
I’m not saying you should strive for mediocrity, just be realistic with your goals.

And remember, six-pack abs aren’t the be all and end all.
You can still look amazing without them.

Editor’s Note: Like Six-pack abs, what other fitness obsessions do you find yourself adhering to? Comment below.