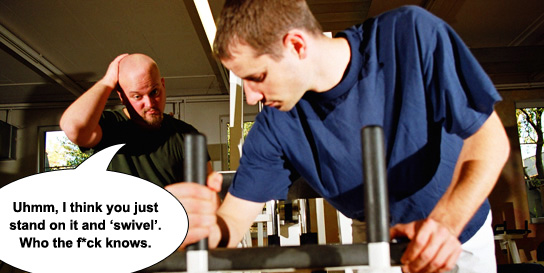 Simplify your diet and training

Currently, overly complex program and diet setup seems to be a common theme running rampart throughout the lives of a lot of fitness enthusiasts.

Given the overload of information, it makes complete sense as to why it exists, but it also begs the question — how did this happen?

What sudden change it atmospheric pressure caused us to turn such a seemingly simple lifestyle choice of being fit and healthy, into something that requires several science degrees to figure out?

And whilst it’s still valid, it’s not the point of this article. Today I’m arguing that a lot of enthusiasts these days are looking for a more (dare I say it) complex way of achieving their goals.

Why the sudden requirement for complexity?

Why do we need to apply an equation to everything we do (and if we do want to apply one, why does it hurt someone on my facebook page if I publicise the fact that I’m doing so).

Let’s bring science and ‘recent studies’ to the fore for a second — do they have a baring on this or is Bro-Science REALLY the key to simplification and the path of the Adonis?

I’m not saying that just because some juiced-up bodybuilder achieves results with any one of their methods that they are correct above all else, nor am I saying that just because some dude in a lab proved his theory on a controlled group of fifty rats that all other techniques and methods of sharpening ones physique are invalid. What I’m saying is, that in a world full of ‘what works on paper ‘ vs ‘bro-science’, I think there’s really only one real answer (and you’re probably gonna hate it).

It’s ‘what works for you’

That’s the f*cking answer right there. If you’ve tried Intermittent Fasting and thought it sucked but the ‘science’ on Pubmed said it was awesome, then just maybe, it wasn’t for you.

If you’ve tried Rest-Pause training and you didn’t manage to increase your size/strength thus thinking it ‘seriously blows’, then maybe THAT style of training wasn’t for you either (given that you were hopefully eating correctly and training for long enough on said program to give it a chance to work).

I could go on…

But I probably don’t need to.

If you’ve found a pub-med study that you can selectively cherry-pick and use to prove your chosen path of fitness is ‘righteous above all others’ then that’s just fine — please don’t turn it into a religion and tell the rest of us with proven results, that we are in fact WRONG. And the reasons is this…

On the path to the temple of ‘self-improvement’, there are more paths that lead to it, than those that lead away.

Even if those paths aren’t as ‘direct’ as they could be, they will more than likely get you there eventually in one way or another.

Training and dieting methods have largely stayed the same for a number of years. Yes we are privy to more information, but the core of what lies beneath any given program’s success is the human desire for self improvement and the undertaking of something new (a brand new variable) that will change a person’s physique/health either positively, or negatively is the key ingredient. The other important ‘key’ to all of this is ‘motivation’ and ‘consistency’.

But some form of ‘change’ is the only factor that tells us if a training program is working or if it isn’t right?

If after a given period of time you don’t see a muscle swell, an abdominal reveal itself or an increase in cardio-endurance, you quickly move onto the next training method/technique/program citing that the previous one was ineffective or perhaps even a little bit ‘sh*t’.

Maybe it WAS sh*t, but did you give it a chance? Maybe not. Perhaps you were doing things incorrectly — not eating enough, eating too much, missing a workout here and there.

Factors such as these all lead to an overwhelming sense of ‘program’ dissonance and disapointment.

My guess is, that more than likely you were simply over-complicating things and expecting the unachievable like losing a tonne of fat whilst gaining a significant amount of muscle (without steroids) or trying to reveal an over-night six-pack (no, not beer).

You’ve probably lost a bit of the simplicity that made your training fun and a stress reprieve rather than a stress additive.

We’ve all been there…

And it largely happens in the early days of training when you just can’t seem to progress and those ‘newbie gains’ have worn off after say the first year or so.
And the reason for that is this…

The body is clever at adaptation

We throw a training/dieting method or two at it, we see results for a period of time, then the body figures it all out and our progress stalls. It’s at this point we begin the process of complicating things: We buy a few supplements, add a day of training, go on an extreme form of diet and so on.

Instead of simplifying our diets and training, we’ve now added additional variables to over-complicate things and make it even MORE difficult to gauge what is and what isn’t working.

So my advice to you is this…

Simplify your diet and training

Train to live, not the other way round — Go back to the basics. Lift heavy, eat correctly, rest, recover and repeat.

Remember when you first started this whole ‘training’ thing and your friends insinuated that you were just on a health kick? (Yes, that’s exactly what happened to me in the beginning).

Those times were simple weren’t they? You started eating ‘better’ and trained several days a week (up from zero days no doubt).

You’ve probably just lost a bit of the simplicity that made your training fun and a stress reprieve rather than a stress additive.

Your lifestyle should be affording you freedom to do the things you love. If you’re training isn’t allowing you that luxury, perhaps you need to re-asses how complex the ‘approach’ has become.

Maybe you need to steer clear of the one-hundred different fitness websites touting different methods, ideals and techniques (besides this one of course :)) and take in just a FEW — perhaps give Pubmed a miss for a a few days while you’re at it.

Simplify, cleanse, reassess and go back to basics.