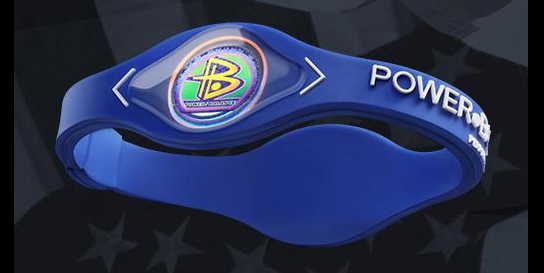 The second gimmick or scam to be brought to my attention recently, is the Power Balance Band (or bracelet), brought to you by the almighty Hogwarts! errr, I mean Power Balance!

This has to be the biggest and BEST scam to have taken hold of the general population in decades.
It’s not only the fact that it’s a pile of cockamamy bullsh*t, but it’s an EXPENSIVE one at that.

Direct from the horses mouth, this is what the Power Balance Band is:

Power Balance is Performance Technology designed to work with your body’s natural energy field. Founded by athletes, Power Balance is a favorite among elite athletes for whom balance, strength and flexibility are important.

Ok so I don’t really understand it JUST yet. What does The Power Balance Band claim to do?

So what you’re saying is, that you’ve invented something which you can’t really explain. Harry Potter would be fricken proud.

So what’s The Power Balance Band made of?

10% plastic and 90% magic pixie dust.
Ok, so they won’t tell us what it’s REALLY made of.
And rightly so, it’s a weapon of freakin magical destruction baby!
If the secret got out, Bin-Laden would be all over that sh*t like white on rice—mass-producing millions of the little blighters for the Taliban.

How the funk-and-wagnall could the World Police™ stop an army of Power Balance wearing suicide bombers!?

That’s right, they couldn’t.
Even a legion of Peter Pan’s couldn’t save us.

Why is The Power Balance Band the BIGGEST scam?

Because they are being sold for 60 bucks.
Not only that, but you have high-profile footballers being paid to wear them as well as a number of other athletes who claim this little rubber band is going to win them their next gold medal in the art of long distance bullsh*t.

Are you not listening?
If you’ve been fooled by the Power Band and claim that it works due to your own real-world tests, it’s because the power of placebo has gripped you by the jingly bits.