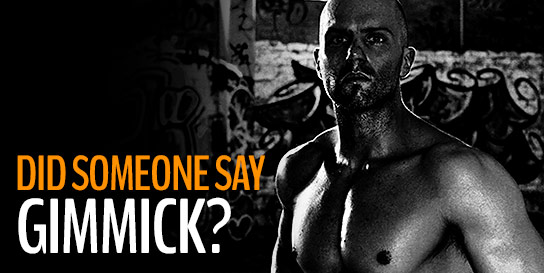 I’ve recently become inspired to do so due to the fact a friend of mine (who will obviously remain nameless) is currently enduring it.

I say ‘currently enduring’ because firstly, enduring such extreme forms of dieting is a mild form of torture and secondly, this isn’t the first time this person has decided to subject themselves to it.

But hold on a second…

Mariah Carey and Beyonce seem to swear by it don’t they? If one or more celebrities are endorsing such a diet, then surely it MUST work right?

Obviously Hollywood actresses hold all of the cards when it comes to nutrition, dieting and training advice. We should probably just shut up and take their word for it.

Firstly, I despise the word ‘DIET’

The very idea of considering a short-term weight loss strategy says to me that you will yo-yo yourself into a ‘fatter you’ immediately after you’ve finished the said diet.

Being lean year-round is a lifestyle choice, not a one-off surgical maneuver that will remove all of your bad ‘life decisions’ such as excess alcohol and poor food choices.

Unfortunately, there’s no scientific evidence that the diet removes any toxins, or that it achieves anything beyond temporary weight loss.[1]

Background of The Lemon Detox Diet

It was formerly known as The Master Cleanse. This was a diet initially published in the 1940s by a man named Stanley Burroughs, which substituted tea and lemonade made with maple syrup and cayenne pepper.

Of course, no food is allowed.

Unfortunately, there’s no scientific evidence that the diet removes any toxins, or that it achieves anything beyond temporary weight loss.[1]

What’s different with the Lemon Detox version then?

The formula was reinvented a few years back with the only difference being that Madal Bal syrup was added in alongside the maple syrup.

During the ‘cleanse’, participants drink between 6 and 9 glasses of the concoction daily for about 10 to 14 days. Laxative tea and salt-water flushes are also taken.

You’d best move your bed into the bathroom as you’re toilet is about to become your BFF.

What’s in the drink itself

Folks such as Matt Smith from Sydney Morning Herald have stated:

Now, two weeks later, I’m sitting at a kilo less than what I weighed before I started the detox diet. Was that kilo worth the week that I went through? Not by a long shot. I’m eating healthy foods, I’m exercising daily, but it still leaves me wondering how long I’ll be able to keep even that one small kilo at bay.

Supposed to ease back into eating with juice only, but I’m over it. Peanut butter on toast, coffee, champagne and canapes. Two months on Have regained 2kg but have reduced my coffee and alcohol intake (slightly). Am eating chocolate ice-cream as I write this!

Why place your body under severe stress for a short period, lose a tiny bit of weight, feel and look like sh*t then go back and put it all on again within a months time?

You need to re-evaluate your lifestyle before even considering the Lemon Detox Diet or any of these ‘fad cleansing diets’ for that matter.

Start by eating better, limiting your intake of poor foods, reducing alcohol and generally treating your body with the respect it deserves.

What are your thoughts on the Lemon Detox Diet or Master Cleanse? Have you had any experiences with them? Comment below.