By Clint NielsenOctober 28, 2015No Comments

It’s a simple equation: bread + butter + cheese = happiness. The grilled cheese sandwich is one of the most popular and easiest sandwiches of all time—kids love them, undergrads live off of them, and foodies obsess over gourmet versions of them.

There's also so much more to this sandwich when it comes to its history and how to make the very best one.

A Brief History of the Glorious Grilled Cheese 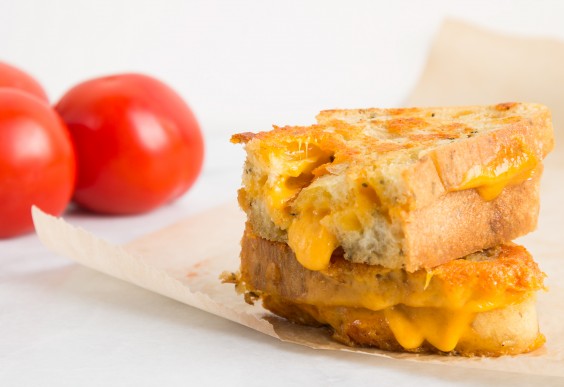 Variations of cheese and bread (both staples of many international diets) have existed for centuries, but toasting the duo is a fairly modern phenomenon. An open-faced version of the grilled cheese gained popularity in 1920s America, right along with the rise of inexpensive processed bread and cheese. First called a “toasted cheese” or “melted cheese” sandwich, the meal became a staple as a simple way to get some protein, fat, and carbs all in one bite. It gained even more popularity during the Great Depression as rations grew slim, eventually becoming a luxe dinner item thanks to a little help from Kraft singles, which debuted in 1950 and helped promote grilled cheese as a nostalgic, childhood treat.

International versions have also existed for years, including toast from Israel, kasarli tost from Turkey, and toasties from Britain. Other meatier versions also exist, like the French croque monsieur, the Dutch tosti kaas, and Scottish roasted cheese.

How to Make the Healthiest Grilled Cheese 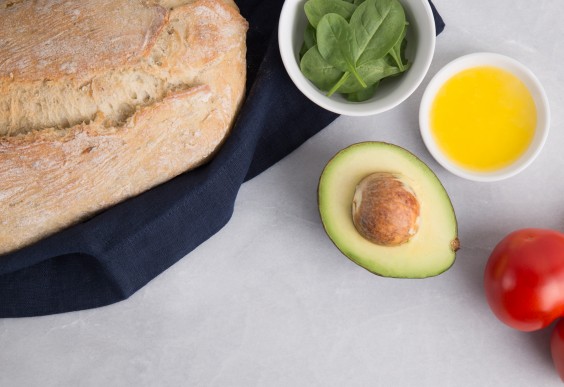 Undoubtedly delicious, the grilled cheese isn’t always the healthiest meal option. But choose the right ingredients, and you can make an ooey, gooey sandwich that also packs some health benefits.

Grilled cheese usually calls for two slices of white bread, which are low in nutritional value. Try whole-wheat or whole grain bread to add filling fiber to the equation.

While American cheese sounds patriotic and melts easily, it has comparably less punch than other varieties. A sharper cheese like an aged cheddar has a natural kick, so you'll use less in the sandwich while getting the same amount of flavor. If sharp cheddar doesn’t suit your fancy, try one of these robust options.

While grilled cheese is often paired with tomato soup, it’s easy to sneak some healthy stuff right in the sandwich itself. Fill other goodies in between the slices, like thinly sliced tomato, avocado, apple, pear, or spinach, or try out one of these grown up (and a bit healthier) versions: 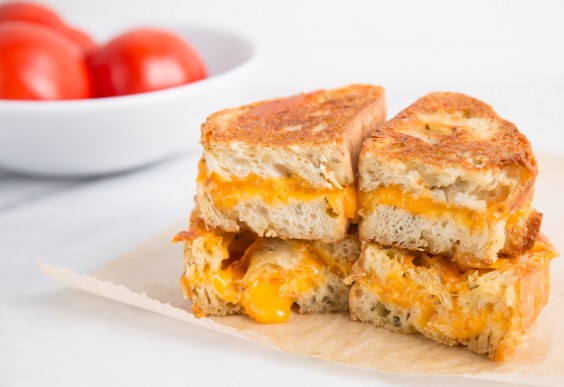 Recently a group of scientists came up with what they deem the best way to melt cheese on toast: Place 50 grams (about 1 3/4 ounces) sliced hard cheese on a slice of 10-millimeter thick white bread 18 centimeters from a heat source set at 239 degrees Fahrenheit and cook for four minutes.

Before getting frustrated with all the chemistry (as well as the metric system), know this: The cheese element of a grilled cheese will likely taste pretty great so long as you don't burn it and you skip the fat-free stuff. No fat means the cheese won’t melt easily. Also, if you have a block of cheese instead of thin slices, try grating it for even coverage.

Instead of frying a grilled cheese in a pan of melted butter, try a panini maker or lightly spray a sauté pan with heart-healthy olive oil. If you’ve simply got to have a little buttery flavor, melt down a pat and brush it on the bread.

If using a pan, warm it on medium low to prevent burning. Place the bread in the pan (butter or oil side down). Immediately add cheese and other fillings. Top with a second slice of bread (butter or oil side facing out). Cover with a lid to help melt the cheese and cook for about two minutes. Uncover, flip the sandwich, and cook on the other side for a minute, or until golden brown.

If you’d like to make your lunch without oil or butter, try wrapping the sandwich in foil and popping it in the toaster oven. Using a panini press is another option, but it will produce a more dense, less fluffy sandwich.