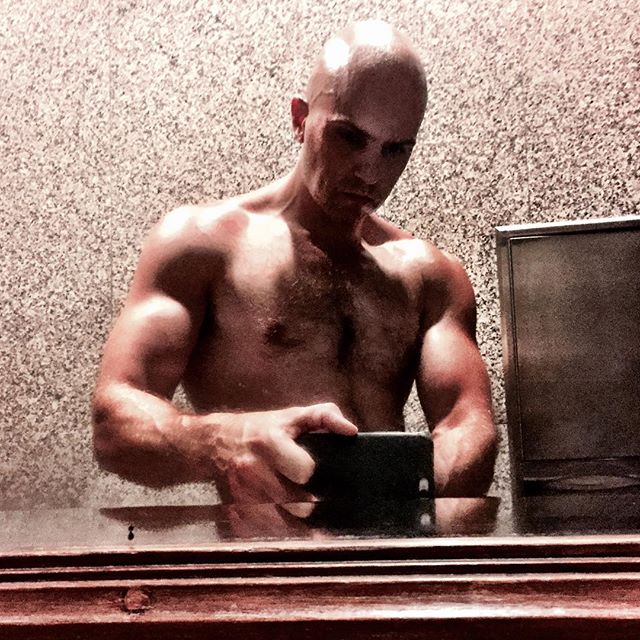 Going backwards – How to avoid getting weaker in the gym

I was in the gym the other day attempting to break my own record with weighted chins, when I epically failed on achieving an improvement from the week before. In fact, I had gone backwards.

I struggled to punch out the second rep with 45kg’s hanging off my  waist and had to let go whilst shaking my head in frustration. The week before, I had done the same weight for three reps — so what gives?

With certain types of max-weight training, you can hit a wall and proceed to go backwards if you don’t do the right things with your life style. Especially with chin-ups and pull-ups — you can decline into a weakling faster than you can say ‘spank my ass and call me charlie sheen’.

How can one avoid such declination into sub-awesome areas of performance and avoid getting progressively weaker in the gym? Read on…

What I neglected to point out above, was that prior to failing miserably on a set of chin-ups, I had been smashing my body religiously with alcohol at the weekend. How do I know it had an affect on me in the gym come monday morning? Simple — I felt like a slug and even contemplated skipping the gym altogether. It’s a familiar feeling that I’ve experience one too many times.

A toxic liver makes you feel like you’ve been hit by a bus.

#2 Be careful what you eat whilst drinking alcohol

A weekend full of alcohol usually ties in nicely with a weekend of bad food.

Pizza at 3am and chomping down spoonfuls of ice-cream out of the tub (standing in front of the fridge, yes that was me) are all the evil twin of too many cocktails.

So maybe my muscles were hit with the wrong types of nutrient macros over the weekend (not enough protein and too many carbs and fats?). Who knows, but I’d say my body was battling through a huge insulin spike caused by the influx of alcohol and therefore neglecting to send any of the bad food I was eating straight-to-my-lats.

Sleep deprivation might have had something to do with alcohol. You may THINK you’re passed out and sleeping like a corpse after a heavy night of drinking, but the fact is — alcohol robs you of that all important deep sleep which means you wake up feeling like you been punched in the head by Oprah Winfrey’s cankles.

#4 Training to failure (all the time)

Sometimes I just can’t take my own advice and tend to push myself to the point of failure on a regular basis. This can affect the central nervous system in a negative way, gradually decreasing the amount you’ll be able to lift over time.

Training to failure is good in moderation and for busting a plateau — just be mindful of how often you choose to use it.

Less is more when it comes to training. Sometimes, it’ll be the end of your workout and you’ll think to yourself

Yes, you’d be an idiot and you’d be definitely wrong. Not only are too many exercises in a training session bad, but too many training days can also be a ball-ache.

A lot of ripped-massive guys only train 3 days a week, and yet I see skinny-fat guys in the gym who train up to 6-7 days a week looking like they’ve never even set foot in a gym.

Was it any single one of the above factors that caused me to grow weaker as the weeks progressed? Maybe.

I’d put my money on it that it was a combination of stupid lifestyle choices and good pizza that were the ultimate cause.

So, reassess what you’re putting your body through on a regular basis. It can be easy to fall off the wagon over time.

Remember, it’s not the end of the world. Unless you’re training for the Olympics, then you shouldn’t be worried. Tell your coach I said hi.

Editor’s Note: Have you ever found yourself getting weaker? Comment below.