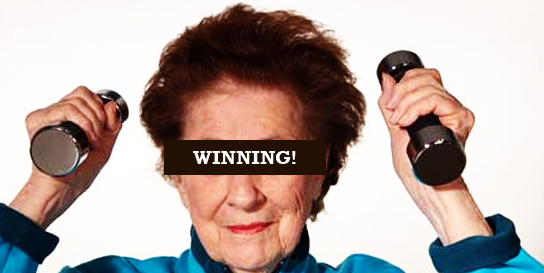 Ok, so I haven’t written a post for a while.
There’s been a distinct lack of gimmick-busting, blunt, condescending blather since my absence.

Gym douche-bags globally, have had the chance to ‘shine’ in my absence whilst others training with shakes-weights have forgotten exactly WHY they’re considered borderline retarded.

Don’t worry – I’m back in full force, ready to unleash a tirade of semi-interesting drivel upon those that give one eighth of a sh*t.

So today’s posty is solely focused on the title (funnily enough) and as to why the entire notion that eating every 2-3 hours to avoid muscle loss and to prevent your metabolism from slowing down is a complete load of bull and every sh*t it’s ever done.

You know the story…

PT’s with their subscription to Men’s Health and other gym junkies committed to Bro-science™ will argue the following points:

1) Straight after training, if you don’t eat something or have a protein shake, your muscles will start eating themselves.

2) If you don’t eat 6-8 meals a day (every 2-3 hours) your metabolism will plummet and you’ll become a huge fatty.

3) If you take 3 magic beans and plant them, you’ll grow a fricken beanstalk which will ascend you to the land of giants.

I’m not for a second condoning that you disregard any form of nutrients at the end of a workout.
I’m a huge fan of BCAA’s and their muscle sparing qualities and they SHOULD be ingested straight afterwards (especially if you train in a ‘fasted’ state).

However, your biceps won’t start disintegrating before your very eyes if you don’t eat/drink something immediately post-workout. Our bodies are smarter than that. In fact if you do choose to abstain from eating post-workout, you’ll take full benefit of your own body’s HGH release. An abstract on that can be found here.

In regards to fat-loss, this method can certainly work for a while.
That’s if you can adhere to it for an extended amount of time.
The unfortunate fact is – most people can’t.

I’m specifically referring to those that divide their daily calorie intake into 6-8 portions then eat those calories at each meal.

Tedious, laborious, hard to stick to and yes, I’ve tried it for an extended period of time in the past to my own detriment.
2-3 years to be exact. Like a sheep, I was following ‘the next big thing’ that I’d read in some stupid muscle mag.
The same mags that tell you to eat all the time also have a supplement advertisement on every second page. Coincidence?

Another frustrating thing is, the weight will stop coming off after a while and you’ll hit the all to common and much dreaded ‘fat-loss plateau’.

If you need more evidence to back in up, I posted on it earlier and here’s a direct link to the study on why eating 6-8 small meals a day won’t increase your weight-loss any time soon.

What about increasing and maintaining muscle mass?

In regards to muscle gain and retention – this is where I see a lot of confusion. The main reason I see people eat 6-8 meals is that it’s harder to hit your daily caloric target over 2-3 meals. Spread out your calories in to many smaller ones and you’re more likely to hit the target right? This might be true, but it’s also an epic pain in the ass to maintain in the long run.

Would you rather eat 2-3 meals and have a life, or eat 6-8 and constantly be preparing food? I know which I’d prefer.
Yes you can easily gain mass with fewer meals. Do I need to point out Greg Plitt and his ‘one meal a day’ freaky routine again?
Note: One final thing to consider is this. When I was eating 6-8 meals a day, my teeth were copping a hiding. My dentist commented to me that I had the front teeth of a man 15 years older than me due to the excessive stress I was placing them under. Food for thought.

So is the jury is still out on meal frequency?

Back in April, Alan Aragon did a great critique on the ISSN Position Stand on Meal Frequency.
Whilst those involved agree that more research is warranted, it does conclude that “Increased meal frequency does not appear to significantly enhance diet induced thermogenesis, total energy expenditure or resting metabolic rate.”
My take on it – it’s just not worth the worry and stress to be constantly eating all the time.
You won’t get fat and slow down your metabolism, nor will your muscle waste away.

Do what works for you

You might think this is all a load of bullsh*t, and maybe you’re right.
Studies and reports aside, what works for me may not work for you.
All I’m asking is that you open you eyes up to other ways of training and dieting.
I see far too many people hearing something in the gym, taking it as gospel and then being completely blinded by it.