Do You Really Need to Stop Drinking While Training for a Race?

The secret’s out: Runners love their booze. Recent research shows a direct correlation between physical activity increase and alcohol consumption, and a 2011 study found that exercising could even motivate individuals to drink more.1 Maybe we feel like booze is the reward we deserve after logging mileage, or maybe our running group ends with a happy hour—whatever the reason, running and drinking seems to be a universally accepted pairing.

Still, no one is immune to the health consequences, from dehydration to debilitating hangovers. So whether you’re looking to beat your PR in a local 5K or you’ve got high hopes to qualify for Boston, is it OK to maintain your relationship with booze, or will taking some time away from the bottle help improve your performance?

Booze: The Good, The Bad, and The Ugly 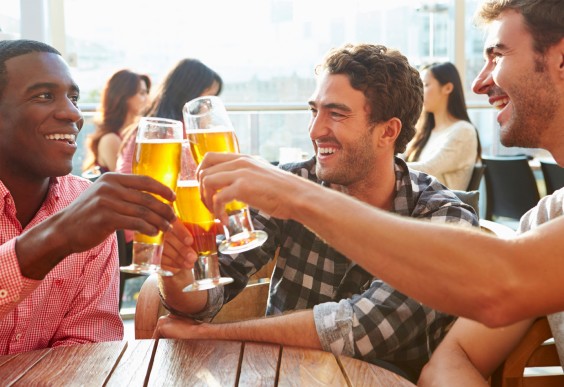 For even highly experienced runners, pre-race booze isn’t out of the picture. Christopher Baker, a three-time Ironman finisher, distance runner, and certified running coach, sticks to a light beer or two the night before a race “to relax and to help my brain go to sleep,” he says.

If you share that same thought process, you're probably in the clear. It’s highly unlikely that a single drink the night before a race will have any impact on performance, particularly if you’re used to drinking alcohol, says Matthew Barnes, Ph.D., who studies the effects of alcohol and exercise at New Zealand's Massey University.

But that doesn’t mean it’s a great idea. While there isn't a ton of research on how alcohol affects endurance training long-term, Barnes’ research has shown there’s evidence that drinking alcohol directly after exercise is likely to inhibit recovery and impair performance, especially for endurance athletes.2

After all, alcohol is a toxic substance, Barnes says. “It impacts the immune system, hormonal system, musculoskeletal system, and nervous system.” In other words, it's not exactly going to help you crush that 10K. Here are a few more ways it negatively affects the body:

1. It messes with your blood sugar levels.

A night of drinking can lead to hypoglycemia, or low blood sugar levels, in the morning, says Greg Whyte, professor in applied sport and exercise science at Liverpool John Moores University.3 This is also the reason we tend to crave sugary, high-carb foods when we're hungover. This alternating in glucose handling can lead to a drop in energy levels, which isn’t good before a long training run.

2. It can affect your heart.

If you exercise intensely after drinking alcohol, it’s possible to induce unusual rhythms in the heart, which is not only detrimental to performance but your health in general, Whyte says.

3. It can lead to poor sleep patterns.

Sleep, which as you’ve probably heard is a pretty crucial factor of overall health and athletic performance, is also altered by alcohol. Drinking can disrupt sleep patterns, decreasing the quality and total hours slept, Barnes says.4 And research shows that sleep deprivation for athletes in particular can lead to poor performance in training and competition.5 So even if you abstain from drinking the night before a race, drinking the night before a long run—or at any point during your training—could harm your race day performance.

If you continue to drink through your training plan, the additional boozy calories (providing no nutritional value) can cause you to gain weight and adversely affect your overall performance, Whyte says.6 Some experts say that for every pound you lose, you shave two seconds off your mile time.

5. It can cause additional stress on your body.

And let’s not forget about our brains. “A big race like a marathon stresses the brain, and alcohol is a physiological stressor,” says Leigh Leasure, Ph. D., an associate professor of psychology at the University of Houston. “So if you don’t drink, that’s one less stressor for your brain to deal with.”

6. It can cause nasty hangovers.

As a final important, if obvious, point: The more you drink, the worse the hangover. Alcohol dehydrates you, which can lead to headaches, stomach cramps, and overall fatigue—all symptoms that you want to avoid before any long training run, and especially on race day. 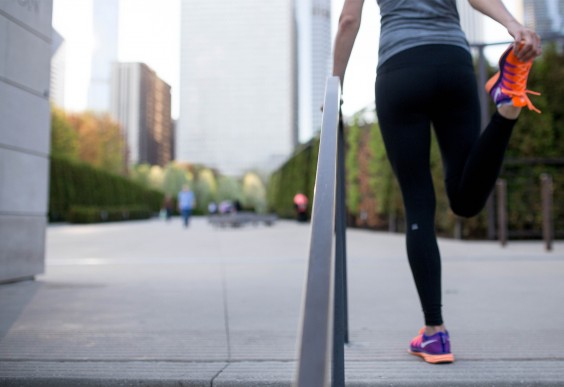 So, should you ban Budweiser and bordeaux from your diet before a race? Experts’ opinions vary. “Drinking alcohol in moderation is unlikely to be significantly detrimental to performance and may even enhance performance if it provides a psychosocial boost to training,” Whyte says. (I.e. That boozy brunch with friends can be a nice reward after crushing a 10-mile training run.)

The caveat: “‘Moderation is the key,” he adds. For women, that's one drink per day, and for guys, stick to two.

And right before a race, experts agree it's probably best to cut alcohol out completely—both Whyte and Barnes support completely abstaining from alcohol a week out from race day to ensure your performance won’t be affected by booze.

However, while you may get a week’s worth of good sleep and save a week’s worth of alcoholic calories, the only real way to banish alcohol from interfering with your race performance whatsoever is by avoiding it for the entirety of your training plan, Whyte says.

That said, we aren’t all elite athletes. So if you choose to drink while training, do so in moderation—and pick your poison carefully. Beer and wine tend to be full of calories, so choosing hard liquor (without high-calorie mixers) in small amounts could be better for performance, Whyte says. Baker sticks to his recommendation of light beers. But if you're a wine lover, go for a glass. After all, “a happier athlete competes better, so I would use the strategy that works best for you,” Whyte says. You do you.

It's a good idea to look at alcohol consumption during training the same as you would throughout the rest of the year. Definitely avoid excessive consumption, and know that it's probably best to steer clear of booze the night before.

Finally, how about that post-race beer? Rehydrate first, then go ahead and celebrate, Whyte says. Just limit yourself to one or two drinks—otherwise, you’ll interfere with your recovery.