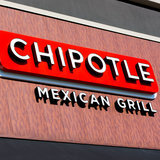 An E. coli outbreak in the Pacific Northwest has been traced back to Chipotle, causing the company to close 43 stores throughout the region. The Oregon Health Authority reported three people sick with the bacteria in Oregon and 19 in Washington – all of whom had recently eaten at the Mexican chain restaurant.

This particular strain of E. coli, derived from a Shiga toxin, happens when a person ingests human or animal feces. While some cases of E. coli are harmless and barely noticeable, it can cause vomiting, bloody diarrhea, and in some cases, death. The Oregon health department is urging anyone who ate at Chipotle between Oct. 14 and Oct. 23 who has experienced possible E. coli symptoms to see their healthcare provider and mention the outbreak.

In an interview with the Associated Press, Marisa D'Angeli, a medical epidemiologist with the Washington State Department of Health, said that a specific food item is the likely cause of the outbreak, but they have yet to determine which food item that might be. She added, "We actually would expect there might be a jump in cases on Monday," since anyone experiencing these symptoms will probably seek medical attention after hearing the news.

So if you're really craving Chipotle guac, you might want to consider making it yourself for the time being.