6 Things You Should Stop Feeling Guilty About

By Clint NielsenOctober 19, 2015No Comments

“In Mandarin Chinese, they have two words for selfish. One means doing that which is beneficial to you and the other means hoarding, greedy, and cruel. We, in English, have pushed those two words together.” — author Elizabeth Gilbert

“I hate myself. I mean, I not only had pasta last night, but bread and crème brûlée as well!”

“You think that’s bad? I had two cupcakes yesterday that a sales rep brought in. Two! I gotta get my butt to spin class tonight so I can live with myself.”

This was a conversation I recently overheard between two 20-something women in Starbucks. But as I rolled my eyes and shook my head, I had to catch myself. I was feeling guilty that morning too. I had just texted a friend to decline a girls’ dinner because of a pressing work deadline. In fact, I’ve had to decline quite a lot of stuff this year. It never feels good. I’m not just disappointed to miss out on the fun, I feel guilty for letting down my friends.

As a life coach, I help people across an ocean of occurrences, from starting a business to moving across the country to getting a divorce. No matter the life circumstances, guilt remains a huge, universal, and ugly part of our emotional existence. Guilt can serve you in one way only. If it’s truly recurring, it can highlight something that you need to change in your life: too much drinking, too much work, a bad relationship.

Ongoing guilt is not productive. And we apply it far too liberally upon innocent circumstances in our lives.

But guilt should not enslave you. You can use it as a trigger for change, to inspire action, like an apology to someone you hurt. Yet ongoing guilt is not productive. We apply it far too liberally upon innocent circumstances in our lives. By definition, guilt is “a cognitive or emotional experience that occurs when a person realizes or believes—accurately or not—that he or she has compromised his or her own standards of conduct or has violated a moral standard and bears significant responsibility for that violation.”

If this accurately describes your guilt, take steps to correct it the best way you know how. But unless you have violated your standards or moral code in a serious way (cheating, stealing, hurting someone on purpose), guilt need not apply to all the crap you allow it to.

Here are six common guilt triggers (that violate no moral codes) that I hear regularly. Consider this permission to drop them entirely. 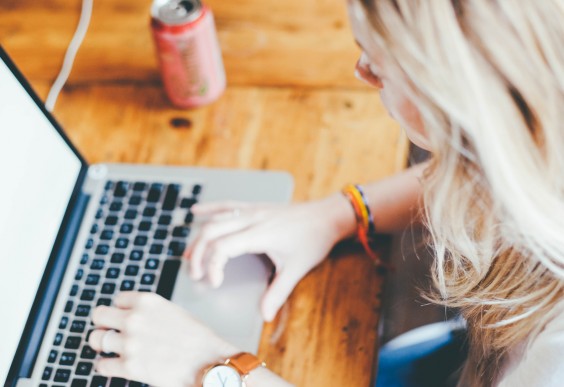 1. Not checking your email every three minutes.

Business hours exist for a reason. Late-night proposals to clients, Sunday inbox scanning, and vacation check-ins are, if you are honest, largely driven by you (not your company). Give yourself a break, and it will make you better in the hours that you need to be present and focused.

2. Treating yourself to something pricey.

Are you generally good at saving but really want to splurge on some gorgeous fall booties or an Apple Watch? Do you want to hire a cleaner? Or to order in sushi twice a week? If you can safely afford it, you are allowed to treat yourself to something that you really, really desire. It’s OK for you to have nice things and ease in your life.

Like spending money on yourself, it’s safe to enjoy other pleasures once in a while, even if they aren’t productive: sleeping until noon, too much vodka on a Friday night, an entire Sunday watching Netflix, French fries instead of salad, taking a sick day. If you aren’t hurting anyone (or yourself) and you consider this more an exception than a rule in your life, breathe. It’s OK! Just enjoy it! 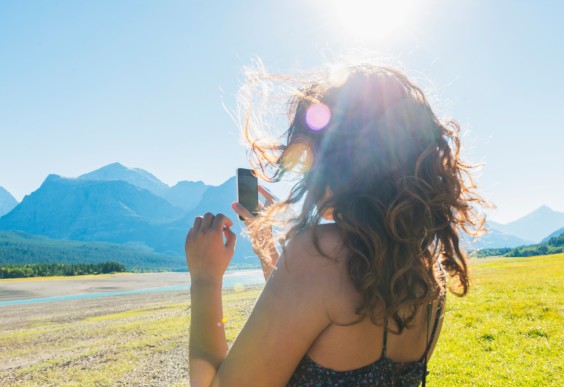 4. Not seeing your parents often enough.

My mom lives in England. I left home at 18 and moved to Australia. Now I live in New York. I feel horrible that I only see her once a year, sometimes less. I know it makes her sad too. But what’s the alternative? My husband and I move to the town where she lives, where there are zero career prospects for us?

Life separates people. As my mom told me last time we saw each other, “I’ve done well. My daughters are out in the world doing what makes them happy. I lived my life too.” It’s true. She left her family in Poland to teach in England and never returned home to live. Your parents pursued their own paths. And most would agree that the best job they can do is to create a happy and independent child.

Dropping the guilt for this one is much easier said than done, but remorse for doing your thing in the world does not help anyone—least of all your parents. It just makes you miserable. Cut yourself some slack, especially as we approach the holiday season, will ya?

I have a client who has been dating a woman for six years because he feels “too guilty” to break up with her. In the long term, who is this helping exactly? Um, that would be neither of them. Stringing someone along is violating a moral code by not making an honest decision to end a relationship that’s not working for you. As someone who was divorced in my twenties, I can tell you that the guilt passes with time. Everyone moves on eventually, and the only regret most people have is that they didn’t make the call sooner.

Side note: It’s also OK to let an old friendship fizzle out if it has come to a natural end through lifestyle or geography differences.

Do you love your job and make good money doing it? Kudos! Do you like your body and work hard to keep it healthy? Awesome! Are you in a really good relationship right now? Heck yeah! You do not need to feel guilty about these things, even though your friends might not necessarily have them. I know someone who feels guilty for earning more than her husband (in the same career). I wish she could be proud of herself and own her talent.

Being happy is your birthright, and most of the good things in your life don’t come to you by accident. You created them. You worked for them. You worked on yourself to be the person who receives them. Don’t waste a single second feeling guilty for what is going right in your life.

The same goes for many of your decisions, big and small. You don’t have to sign up for the half-marathon your friends are running. You can stay in on a Saturday night and feel good about it. You don’t have to start a side hustle if you are perfectly content with your career just as it is. As Elizabeth Gilbert says, these decisions are the good kind of selfish—beneficial to you and not cruel to anyone else. The same goes for all of the above examples. We just need a new word for it.

Susie Moore is a confidence coach based in New York City. Sign up for her free weekly wellness tips on her website.