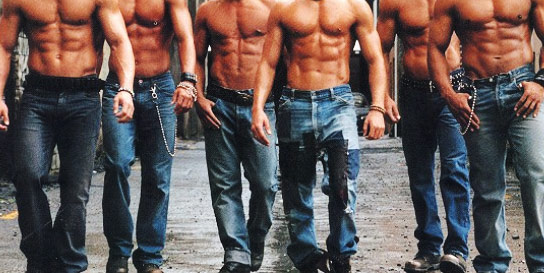 Today’s guest-post is by Keith Lai of Fit Mole

Look, we all get it! You want six pack abs…

The multi-billion dollar fitness industry hears you loud and clear.
It’s the epitome of an attractive and healthy body.
But just because you want it, doesn’t mean it’ll happen. I mean, there’s a reason that 99.9% of the world population doesn’t have ripped abs and that’s because it’s f*cking hard.
If everyone was lean and ripped, then you wouldn’t even be reading this site in the first place.

Aww, boo hoo.
Until you realize that achieving anything worthwhile in life is nothing but plain old hard work, then you won’t achieve success.
If you want to become rich, then you need to work your ass off and if you want six pack abs then you need to consistently diet and exercise.
It’s really that plain and simple, but until you realize how hard it is, only then will it become easy.

You definitely don’t need a gym membership to get six pack abs. In fact, you can get a killer workout done with just your bodyweight.
And for people who say that they need to buy expensive supplements in order to get a six pack – that’s bullsh*t. These days, supplements are more about who has the hottest girl on the bottle than it is about the actual supplement.
You don’t need supplements to get a six pack. They can help in certain situations, but getting a six pack is more about eating less food and creating a consistent calorie deficit and guess what, eating less is cheap (mind blowing, I know).

#4 – You blame your genetics

Hey buddy, my genetics suck too. Neither of my parents have the “shoot electricity out of your hand” gene and you don’t hear me bitching about it.
But seriously, genetics have nothing to do with your ability to get six pack abs. Honestly, there are some very rare diseases that prevent people from losing weight, but those are one in a million.
As long as you’re consistently working out and dieting, then there’s no reason why you can’t get a six pack. If you’re on the heavier side, then it’s obviously going to take you longer to get a six pack, but as long as you have perseverance, then there’s absolutely no reason why you can’t get a six pack no matter how “bad” your genetics are.

“Nah, I don’t really want a six pack”
And this my friends… this is the culmination of all 4 previous excuses put together. When someone says that they don’t want a six pack, they are probably lying to you.
I don’t care what you say, every single breathing person on this planet has at one point in their lives wanted to have six pack abs. But because of the aforementioned reasons, that person has come to realize how damn difficult getting a six pack really is. When that person realizes that they’ll never get a six pack, they protect their dignity by telling themselves and everyone else that they simply don’t want a six pack.
Sad, but true.

What are your favorite excuses?

——
Keith Lai is the author of the fitness blog FitMole where he talks about his own no BS approach towards fitness.
You can download his free ebook here and follow him on Facebook here.