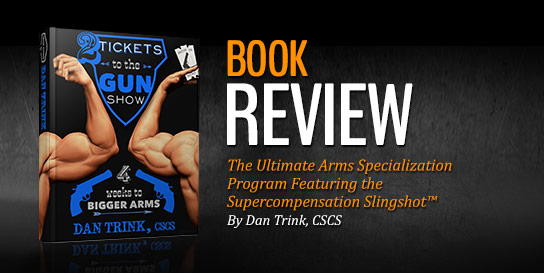 2 Tickets To The Gun Show Review 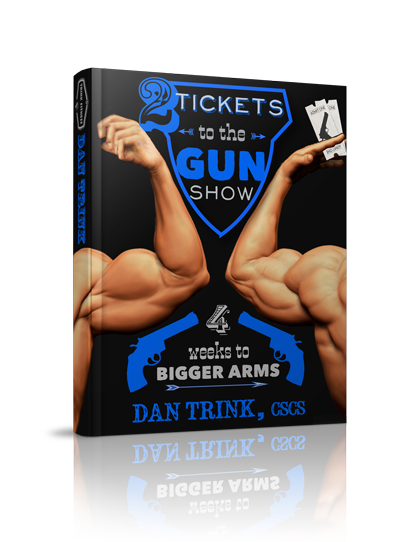 The book itself is written by Dan Trink (CSCS) who’s the Director of Personal Training at one of America’s top 10 gyms as chosen by Men’s Health, proud holder of too-many-certifications-too-mention and writer for too-many-magazines-too-count. His arms are also ridiculously massive.

My friend Jonathan Goodman (from PTDC) had a lot to do with the launch of this e-book. He also put my eyes in front of it for the first time.

Why does that matter?

Jon’s a well respected man in the Personal Training community. His site is kick-ass and he rubs shoulders with the globe’s finest on a regular basis. When an email arrives in my inbox with a recommendation from him, I usually jump at the chance to check it out.

Jon was a test-dummy for the program itself. Just take a look at what he has to say about it:

Pretty serious results especially from someone with years of training experience who is well past any chance of ‘Newbie Gains’.

The book comes in 2 parts:

This contains information on Volume, Variety, Metabolic Distress Time Under Tension and Dan’s Supercompensation Slingshot™. Dan also talks about Rest, Tempo and describes the exercise structures and formats that you will need to add some serious size to your guns in a seemingly short time frame.

This well-formatted spreadsheet is detailed enough for anyone to print-out and take with them to the gym, or enter the workouts straight into an application on their phone (such as Fitocracy). Everything from sets, reps, tempo and rests (per exercise) are detailed for the entire 4 weeks that you’ll be using this program for.

A quick overview of 2 Tickets To The Gun Show 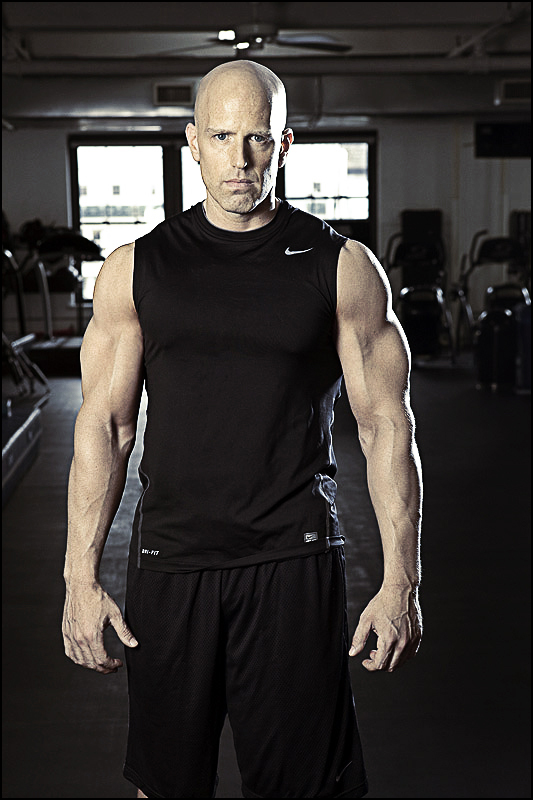 As with most fitness products, I take them with a grain of salt when they ‘promise the world’. But what I liked about 2 Tickets To The Gun Show was, that it was short, to the point and didn’t require anything ‘fancy’ to get the job done. The exercises are well thought out, the tempos are heavily researched and it all comes in a detailed, yet easy to follow package that anyone could sink their teeth into at the drop of a hat.

That’s only 54 cents per day for bigger arms. Sounds like a bargain to me.

Does 2 Tickets To The Gun Show work?

At the time of writing, I am yet to trial the program myself. But if Jonathan Goodman’s results are anything to go by, I’d say it’s a no-brainer.

As a matter of fact, I’m going to give it a go (starting next week) to see if I can impress Rog Law when he arrives in Sydney on the 14th Feb!

Who would benefit from the program?

Now for the down-sides…

The program is ‘hardcore’ — if you are new to lifting, this may not be for you.

In the end, would I recommend 2 Tickets To The Gun Show as a program for adding serious arm girth? I certainly would. Dan know’s what he’s talking about (just check out some of the testimonials on his sales page). Give it a shot (he also offers a 60 day money back guarantee).