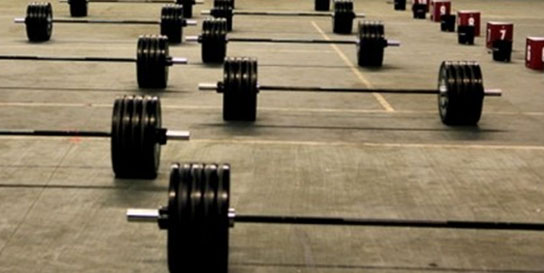 Today’s guest post is by none other than the highly respected, but always hard-hitting, Fit Jerk.

FJ Doesn’t beat around the bush nor water anything down. I share an affinity with FJ’s writing style and subject matter in many ways and it felt fitting when the subject of CrossFit came to the table, that I contact FJ and see whether he’d be interested in attacking the subject whilst simultaneously putting it to rest for the last time. Lucky for us, he said yes.

Here’s why you should avoid CrossFit. Take it away FJ…
—-

So how does CrossFit Forge Elite Failure?

What’s one trend that bastardizes two of the world’s hardest and most respectable sports in one fell swoop, while simultaneously incurring a massive amount of injury the process? Yup, CrossFit (CF). And if you’re thinking about joining a Crossfit gym, are already at a Crossfit gym or have ever entertained the idea of this ridiculous new trend, then hopefully in the following paragraphs, I can provide you with a solution that is not only more effective and bad ass, but safer too. You’ll become stronger, sexier, and be able to lift for years to come while ditching that loyalty card for the local chiropractor.

Let’s first break down the identity of CrossFit because it has started to tie itself up with many things that it is NOT, thereby leaving people with with serious misinformation.

CrossFit is NOT Gymnastics.

I am more qualified to say this than any other coach you’ve probably come across. Why? Because not only did I do competitive gymnastics and power tumbling, I’m a Nationally certified gymnastics coach myself, first and foremost, and I say it proudly. CSCS certification? Don’t make me laugh. People would much rather learn a back flip while looking sexy than a deadlift. But we’re getting off track.

So why does CF feel the need to call itself “gymnastics based” and scar the sport I truly love? Because it was originally started by a gymnastics coach… and yes, he brings great shame to us all. Ask any legit gymnastics coach and they’ll get annoyed just hearing the name Greg Glassman (more on this f*cker in just a moment).

CF uses steals like, 3 or 4 conditioning drills and exercises from Gymnastics and voilà – all of a sudden you’re doing the sport, right? Not!

Doing a few pullups or muscle ups on rings does not mean you’re doing gymnastics.

It just means you’re doing watered down gymnastics inspired conditioning. Doing actual gymnastics involves knowing skills on the floor, vault, bar, beam, rings, parallel bars and pommel horse. So please, next time someone ties CrossFit to gymnastics in ANY way shape or form, give them a swift kick in the face… from me.

Since when did sh*tty technique, haphazard (or downright dangerous) program design and sheep heard mentality become a good f*cking idea?

CrossFit is NOT for the elite

Nor does it create elite individuals, I might add. Since when did sh*tty technique, haphazard (or downright dangerous) program design and sheep heard mentality become a good f*cking idea? There is a reason why the “elite” athletes of the world don’t do Crossfit… And the ones that have tried it, quickly looked at themselves in the mirror and bitch slapped themselves back to reality.

I remember one WOD (workout of the day) which for reasons beyond my intelligent comprehension, recommended high-rep deadlifts BEFORE more high-rep C&J’s (clean and jerks). The person responsible for spreading such a mess to the population should be shot.

If you don’t know why the exercise order above was a bad idea, let me explain: Doing deadlifts before c&j’s is like building the foundation of your house on sticks and straws; no matter how much of it you use, eventually it will all crumble. Heavy, high-rep deadlifts fatigue your lower back rather quickly (since that’s one of the major muscle groups they work) and if you want to do a dynamic movement such as the C&J while staying injury free, it is imperative that your lower back is not already fatigued. This also the reason why it’s a bad idea to do deadlifts before squats – yet I’ve seen Crossfit gyms recommend that too. What a surprise.

Now you might see individuals that are in decent to exceptional shape who practice CF. But ask how many of them actually achieved their body with such a type of training and the answer is not many. A majority of individuals that seem “elite” or those that you see going beast mode at the CF games were actually already strong athletes and lifters before. It’s like those wrestlers and retired NFL athletes that make the jump to MMA. They didn’t get in shape by doing MMA type conditioning, it just seems that way because of what they are currently doing. Don’t let that confuse you. The “eliteness” of CF is an illusion and I have clients who were former CF’s that kept plateauing, to prove it.

CrossFit is NOT true Olympic lifting

Another problem with CrossFit is how much they love high-rep stuff. Now I wouldn’t mind if they liked high-rep pushups, pullups, squats etc., but its the fact that they love to combine Olympic lifts with high-reps, which is a recipe for disaster. One look at the number of lawsuits that have popped up against CrossFit recently confirms this.

Olympic lifts are highly complex movements that are best done in triples, doubles or singles. Visit a real Olympic lifting facility, and you’ll soon see that they don’t do 30 rep snatches. Why? Because at some point they figured out that it was a stupid idea. Instead, you’ll see them doing heavy singles and doubles.

This is not to say that Olympic lifters don’t practice high volume… oh do they ever! But they are intelligent about it by training in multiple daily sessions that last about 45 minutes. And judging by the truly insane amount of weight these athletes can manage along with the great shape they are in, I’d say their coaches know a thing or two. So why Greg Glassman decides to swoop in and recommend what clearly doesn’t work and deems it effective, is beyond me. Do you need anymore proof that CrossFitters are following in the footsteps of a moron?

Oh you do? Well let me help you with that…

The Blind Leading The Blind

Let’s talk about Greg for a second. For those that are a part of CrossFit, how in the world can they feel proud having this man as their leader, their champion, their genius symbol of “elite”. Either Greg knows this CF sh*t is dumb as f*ck and therefore doesn’t bother doing it, which means he’s trolling everyone (including Reebok) in the process or, he has been using all the money his heard of sheep are throwing at him to indulge in endless buffets. Either way, he does not walk his talk, and all it takes is for you to listen to this douche puppet talk for 5 minutes before you realize the nonsense this man vomits. Or, was that just me thinking out loud? So what’s the alternative? Well it all depends on what your goals are. Don’t be like CrossFit, which at this point doesn’t even know what the hell it is. I’ve seen CF gyms bring in legitimate Olympic coaches and practice intelligent programming, do proper strength and condition work and generally things that aren’t dumb… which means they are ditching the essence of CF itself. I guess that’s a good thing, but then why associate your gym with the CF name? Just to piggy-back off the marketing? I wouldn’t bother. Build your own brand; one that is known for excellence.

So back to the point – have a goal. If your goal is to get as lean and shredded as humanly possible, there is no reason for you to be doing snatches. You simply don’t need them because the movement is so complex, you’ll first need to spend months mastering the technique before you can use it as a tool for fat loss (assuming you’re a noob). In those very months, if you came to me, I would have stripped your ass down to 10% bodyfat (or lower depending on your starting point) with a customized diet and simple movements like the deadlift, heavy dips, chinups, squats etc. If you’re interested in the exact fat loss methods that I use, they’ve been revealed in my new book. When it comes down to it, the idea is to get from point A to point B as quickly as possible – in a straight line. Doing complex Olympic movements just complicates the process for no reason. [On a side note: if you’re already highly competent at doing snatches or C&J then they can be part of a great fat loss program]

If your goal is to build muscle, then hypertrophy is the name of the game. This means you’ll be doing some heavy compounds (bench, deadlift, squats) to build strength along with other basic movements at a high volume at 60-70% of your max. So again, you won’t be doing anything fancy. In fact, there was a study done recently which showed that a lower load lifted to failure results in similar hypertrophy as a heavy load lifted to failure – which basically means that the “pump” style workouts which bodybuilders have been doing for the longest time, were actually legit. Go figure.

However, what if your goal is to be brutally strong and possibly compete? Well, now is when complex compound movements (CCM’s) come into play. If this is your goal, seek out a legitimate facility with coaches that have a proven track record and know what they’re doing. Personally, my greatest strength is knowing what my weaknesses are, and my Olympic lifts definitely need work. So I’m not afraid to ask for help with the C&J or Snatch. But you won’t see me doing 30 reps of the stuff.

Hopefully, I’ve made a solid case as to why you need to stay away from CrossFit and its shenanigans. If I deterred even ONE soul on this planet from joining such madness, mission accomplished. I personally wanted to stay away from talking about this trend. I thought people would eventually figure it out.

But they didn’t. So when Clint contacted me, I knew I had to put on my cape and bring forth the sh*t storm of truth.

You can only bite your tongue for so long before people start to associate CF with general lifting – and that will be a dark day indeed. One I don’t plan on seeing. So please, do yourself a favor and stick to sh*t that works and has always worked. Eugen Sandow and Reg Park (bodybuilders in the era before steroids even existed) didn’t do CrossFit, and also happened to be leaner and stronger than 99.9% of the dorks that touch a barbell today. How’d they do it? Through simple hard work and simple effective nutrition.

Don’t complicate your life with CrossFit. Simplicity is the way forward.

This article was written by the one they call “Fit Jerk”. He's a gymnastics coach, karate black belt and holds a RAW National Deadlift Record under his belt. His unapologetic training methods have been known to turn boys into men, women into goddesses and sh*tty excuses into shocking results. Visit his fitness blog for more in your face articles on all things fitness, fat loss and strength.